Awhile ago I noticed the guy over on TMNT Entity was translating TMNT manga. I was glad to see this being done, but I thought it could be done in a somewhat more visually appealing manner. So I offered to take the raw scans and clean em up nice and put in his translation at full resolution. And thus a joint project was born. Eventually, we’d like to do all of the Japanese-original TMNT manga books, but for right now we are concentrating on “Mutant Turtles Gaiden”. And what do you know, here’s the first part of it released: 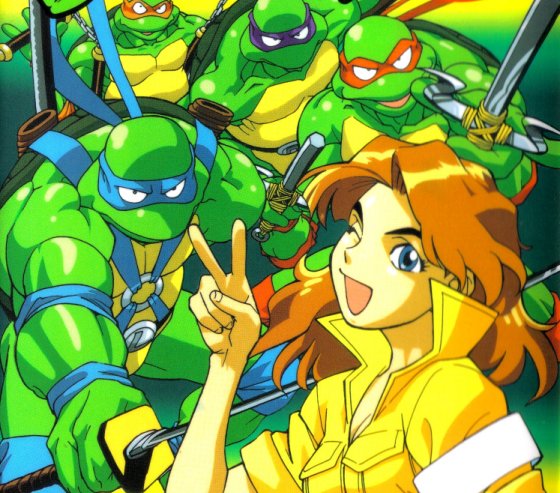 Chapter 1 is done, chapter 2 is incredibly close to done, and chapter 3 is about halfway done or so. So expect this manga done shortly. After that, I’ll probably start working on other TMNT manga when not working on Mega Man or Club Nintendo. And yeah I know TMNT isn’t exactly “game related”, but c’mon now, TMNT has had a lot of kickass videogames, and a lot of not so good ones that are at least fun to talk about, so I say good enough.

1 Response to our first manga project, our first joint project