So here we go, the first in what is gonna end up being a long line of releases related to the third TMNT movie: Comic Bom Bom’s TMNT 3 Chapter 1.

And since Mediafire has been giving people trouble, here’s an alternative Mega link. Let me know how that works out for you guys. 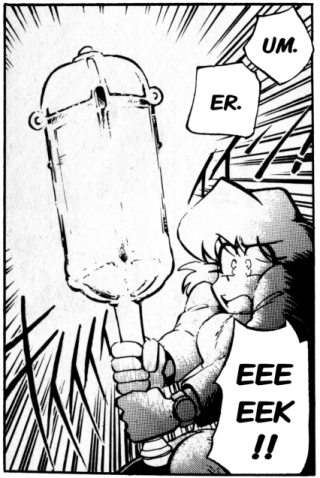 This particular manga adaptation is 6 chapters. We’ll be doing the chapters as singles first and then I’ll put together a volume release, like we did with MT Gaiden. After that, there is actually another manga adaptation by Dengeki of the same movie that we will probably also be doing. Lots of people dislike the movie, but hopefully someone is entertained by these manga versions anyway. A lot of stuff is quite different than the movie, you’ll see.