I WANT TO BELIEVE

Posted on November 9, 2014 by Cryomancer

Thanks to some new scans surfacing since the last time I checked, we have a new Mangas & Videogames for you today. It’s an X-Files crossover, and it’s pretty damn weird, just the way we like it. 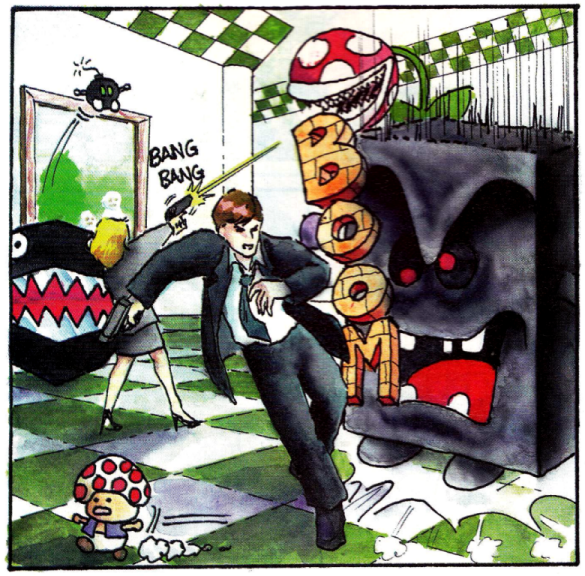 We finally have a decent handle on the various Mangas & Videogames contests Hobby Consolas ran. We are now pretty confident that there were a total of three sets of comics made. The first was in 1996, and the comics were printed with issues 59-62 of the magazine. The Evermore and DBZ comics we released back-to-back awhile ago where from that part. The second set were printed as a standalone book in 1997. This release, and the ones called RPG and 64 are from that book. Additionally in 2013 they did a third contest on their website. Now, Opentrain has consistent scans of all three sets, so now we can actually do them all. No promises on when of course, but hopefully eventually it will get done. This also means we’re doing a new file name scheme so those previous M&V releases will unfortunately have mismatched file names compared to future releases, sorry about that. I may upload renamed copies if anyone actually wants them.